Death certificates and cremation permits are issued by coroner's staff as needed Monday thru Friday once information is received online from funeral home staff or the pathologist.

PERMANENT DEATH CERTIFICATE:  A permanent death certificate is issued when cause and manner of death has been determined.  This may occur the same day that death occurs, within days following the death, or perhaps weeks following a death; dependent upon the circumstances of the death, what testing is needed and whether autopsy is performed to determine the cause of death, and whether an inquest is held to determine the manner of death.  If an inquest is held, the permanent death certificate is issued on the day after an inquest.

A copy of the temporary and/or permanent death certificate may be obtained either through the funeral home or the County Registar at Lincoln City Hall located at 700 Broadway Street - Lincoln, Illinois 62656; phone (217)735-2815.  The Coroner's staff is unable to issue certified copies of death certificates.

You may also be able to obtain a copy of the death certificate through the Logan County Clerk's Office at the Logan County Courthouse located at 601 Broadway Street, Room 20, Lincoln, IL 62656; phone (217)732-4148.

Should there be a financial institution, insurance company, employer, or another business that requires more information than what is detailed on a temporary death certificate; please ask them to communicate directly with Coroner Robert Thomas by phone at (217)732-9322 or via email; and the Coroner will share whatever information is available to help. 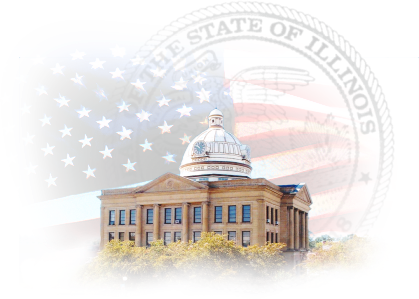